You can order the DNA test here

Fanconi syndrome is a disorder in which the proximal renal tubules of the kidney do not properly reabsorb electrolytes and nutrients back into the body, but instead "spill" them in the urine. Symptoms include excessive drinking (polydipsia), excessive urination (polyuria), and glucose in the urine (glucosuria.) If Fanconi is left untreated, muscle wasting, acidosis, and poor condition will also occur.

This syndrome is well known and likely to be inherited in Basenjis, but is also seen in other breeds, and species other than dogs. The disease can be acquired, and in most other breeds it is unclear if the dogs have acquired the disorder, or have inherited a defect predisposing them to this problem.

Untreated, a dog with Fanconi syndrome will generally die from the disorder. If caught early and put on the treatment protocol, affected individuals can do well.

The earlier the disease is detected, the less damage is done to tissues and organs. Animals with Fanconi syndrome typically "spill" glucose into their urine. It is generally recommended that Basenji owners test their dog's urine for glucose every month, starting at age 3. Urine glucose test strips (not blood test strips), such as those used by diabetics, are inexpensive and can be purchased at most pharmacies.

The strip should be placed in the Basenji's urine stream and then read as specified in the strip instructions. If it is not possible to place the strip in the urine stream, then the owner may need to catch the urine in a clean container. (Some breeders user a pie pan, ladle, or serving spoon.) A positive result (glucose present) suggests the possibility of Fanconi, but is not sufficient for definitive diagnosis. Owners should then go to their vet for further testing, including a blood glucose level.

Strip testing indicates only the presence or absence of glucose in the urine at the time of testing. It does not definitively diagnose Fanconi, and it cannot predict whether or not a dog will later develop Fanconi. A dog that test strips normal now may later develop Fanconi. Additionally, the fact that a dog test strips normal and does not have Fanconi does not mean it cannot produce offspring with Fanconi. Presently, there is no test that indicates whether or not a dog has genes for Fanconi syndrome.

In Basenjis, Fanconi typically onsets between four and eight years of age, although onsets as early as three years and as late as ten years have occurred. The mode of inheritance is not clearly understood, but it is generally agreed to be an inherited problem in Basenjis. Research now in progress at the University of Missouri will try to identify the mutation causing this problem, and make available a DNA-based test that will indicate whether or not a dog can produce Fanconi, and identify those dogs destined to develop the syndrome long before any clinical signs are present.

In 1990 a treatment protocol was developed by Dr. Steve Gonto of Georgia, based on the treatments human Fanconi patients receive. The protocol involves acid neutralization, replacing the lost electrolytes and nutrients with bicarbonate and other supplements in specified doses, to re-establish the body's acid-base balance and keep electrolytes at appropriate levels. Dr. Gonto was given lifetime membership in the Basenji Club of America in recognition of the importance of his work.

The Gonto protocol is currently being studied and validated for the veterinary literature by Jennifer Yearley. This is an important step in expanding the awareness of the treatment. The protocol has been very successful in improving both quality and length of life for Fanconi-affected Basenjis. The disorder can be controlled by the protocol, but it cannot be cured.

Information supplied by the Basenji Club of America, used by permission of the BCOA 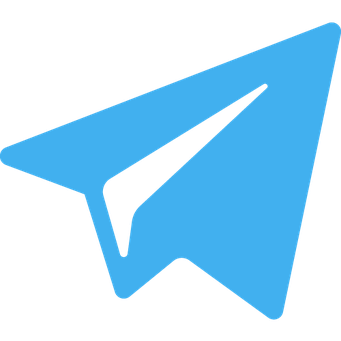